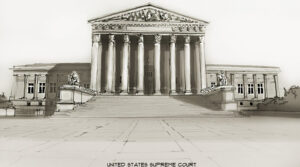 We have previously covered the SCOTUS’s interesting decision to grant certiorari in Van Buren v. United States – a criminal case where the petitioner has appealed his conviction under the Computer Fraud and Abuse Act (CFAA). The case is potentially significant because the lower court’s interpretation of the CFAA, defended by the government on appeal, would criminalize large swaths of