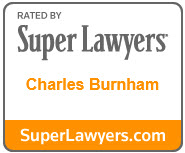 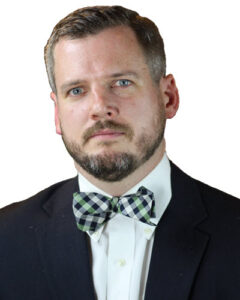 Charles Burnham focuses his practice on government investigations and criminal defense.  He has represented individuals under investigation by the FBI and other federal law enforcement, the SEC, United States Congress, and District of Columbia Office of Disciplinary Counsel.

Mr. Burnham is active in a number of professional organizations and attends several conferences every year to stay up to date on developments in the law.

Outside of the law, Mr. Burnham is active in the local community and has served in a number of leadership roles.  He is a past president of the Monsignor Wells Division of the Ancient Order of Hibernians, past elected member of the Father Rosensteel Clubhouse Association Board of Directors (Knights of Columbus) and an active parishioner a St. Andrew the Apostle Catholic Church in Silver Spring, MD.