Beyond promotional and concealment money laundering, § 1956(a)(3) also penalizes structuring financial transactions to avoid reporting requirements in the context of concealing the funds, or promoting the underlying criminal activity.  However, § 1956(a)(3) charges are uncommon because where there is evidence of structuring, prosecutors will commonly bring a separate structuring charge under the federal structuring statute: 31 U.S.C. § 5324. 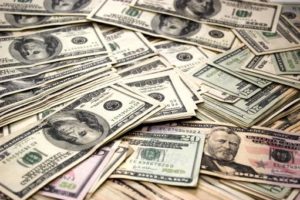 Both promotional and concealment money laundering criminalize financial transactions involving tainted (or criminally derived) property.  A financial transaction in this context can be complex, such as using shell entities and fictitious businesses to transfer money, or simple, such as withdrawing cash.  Tainted property can be drug proceeds, money obtained from theft or robbery, or profits earned from a fraud.

What are the defenses to money laundering charges?

Money laundering charges are highly technical in nature, and an effective defense to such charges requires a clear understanding of both the governing law and the prosecution’s theory of the crime.

For example, to obtain a conviction for money laundering, the government must prove that the accused person had a certain level of knowledge and intent to commit the crime. That is, simply engaging in a financial transaction or transporting funds – even if those funds happen to be the proceeds of a crime – is not enough for a conviction.

What is the statute of limitations for money laundering?

Note that investigations of money laundering often take years, so it is important to carefully review the facts of each case for a potential defense based on the statute of limitations.

Money Laundering Penalties: What kinds of sentences can be expected from a money laundering conviction?

The sentencing guidelines for money laundering offenses are primarily influenced by two factors:  first, the value of the laundered funds, and second, whether the defendant can be held accountable for the underlying criminal activity that generated the laundered funds.

The value of the laundered funds is an important factor that affects sentencing in money laundering cases because a defendant’s sentencing guidelines range is increased according to the loss table under U.S.S.G. § 2B1.1 that is also used in basic economic crimes such as theft.  Thus, a defendant who laundered, for example, between $6,500 and $15,000 would receive only a minor enhancement of two points, but a defendant who laundered between $1.5 million and $3.5 million would receive a 16-point increase.

Of course, this often is a counter-intuitive and unfair result for defendants who believe that they have been found not guilty of some criminal conduct, only to be later punished for that very same conduct.  Given this reality, it is important to have a defense strategy that will push back against punishing a person for conduct the person did not commit, merely by showing that the person engaged in money laundering.

What Statutes Can Federal Prosecutors Use to Bring PPP Loan Fraud Cases?

The Hobbs Act: Federal Extortion Prosecution and the Color of Official Right

Introduction: What Is The Hobbs Act? The Hobbs Act covers a wide range of criminal conduct.  In this article, we focus on the application of the Hobbs act to cases of extortion under the color of official right. Originally intended as a weapon against labor racketeering, The Hobbs Act—codified at 18 U.S.C. § 1951—has become