What Are the Federal Sentencing Guidelines?

The federal sentencing guidelines, formally known as the United States Sentencing Guidelines, are a set of rules designed to govern how sentences are imposed in federal criminal cases. In every criminal case (except for some minor offenses), the sentencing guidelines will suggest a range of imprisonment that the judge may impose.  The range that applies in a given case is determined by the defendant’s criminal history and the facts of the case, calculated according to rules set forth in the guidelines and the federal sentencing table.

(See below, a picture of the Federal Sentencing Table: the rows correspond to different “offense levels,” which are calculated according to the characteristics of the crime, such as the amount of money stolen, or quantity of drugs sold, etc.  The columns correspond to the “criminal history” of the defendant, based roughly on the number of prior convictions.) 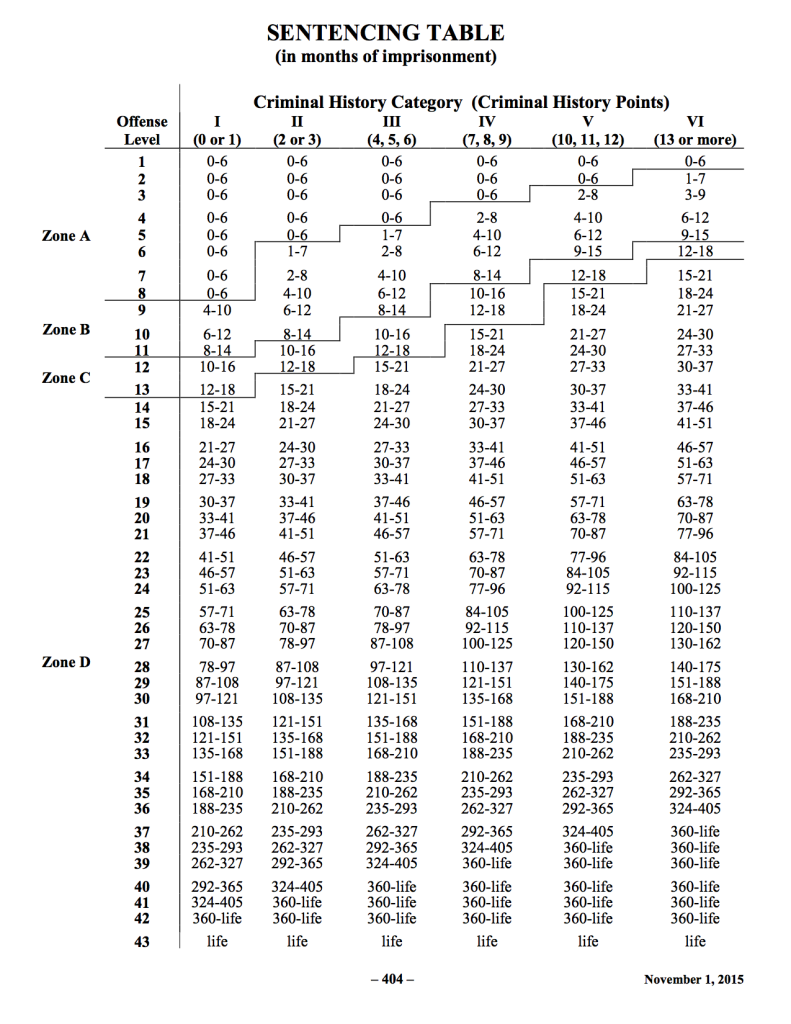 How Do Federal Sentencing Guidelines Work?

In federal sentencing, one of the most important aspects to obtaining a favorable outcome is beginning with the lowest guidelines range possible.  The process starts before the sentencing hearing. In fact, it can begin before a defendant is even charged with a crime. For example, when a person is under investigation for a crime and the attorney determines that the evidence is already overwhelming, he can begin plea negotiations to limit the “relevant conduct” for which the defendant can be held responsible under the guidelines, apply various downward guidelines adjustments, or agree to a defendant’s criminal history.

A skilled federal sentencing lawyer must carefully review the case to put the client in the best possible position in terms of the sentencing guidelines.

If you are facing federal criminal charges, we can offer you a free consultation to discuss how the federal sentencing guidelines may apply to your case.