Can I raise an entrapment defense to my federal criminal charge? 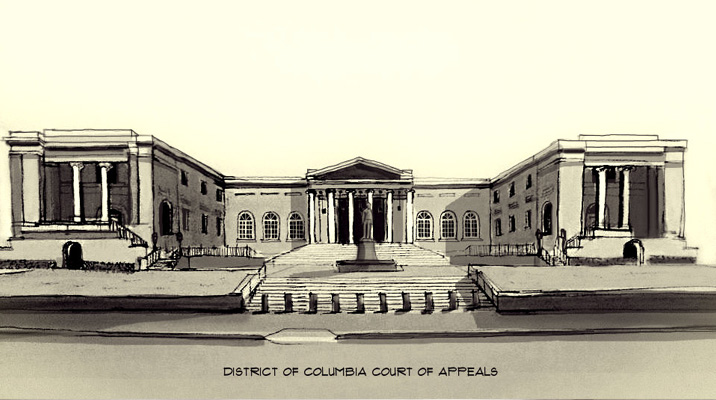 The Origins of the Entrapment Defense

Prior to 1932 there was confusion in the federal courts about whether the so-called entrapment defense existed at all.  If a person voluntarily commits a criminal act, some judges wondered, why should it matter if government agents induced him to do so?

The Supreme Court of the United States settled the matter in 1932 with Sorrells v. United States, 287 U.S. 435 (1932).  The case arose in 1930 at the tail end of the Prohibition Era.  Alcohol sales were still illegal in the United States.  Federal prohibition agents were introduced to the defendant who did not have a history of bootlegging.  The agents asked the defendant multiple times to get them liquor and the defendant refused.  The agents went so far as to attempt to establish a rapport with the defendant on the basis that they had all served in the same unit in World War I, but this was also initially unsuccessful.  However, the persistent agents eventually wore the defendant down and he provided them with a half gallon jug of illegal whisky.

The Supreme Court reversed the conviction stating that:

It is clear that the evidence was sufficient to warrant a finding that the act for which defendant was prosecuted was instigated by the prohibition agent, that it was the creature of his purpose, that defendant had no previous disposition to commit it but was an industrious, law-abiding citizen, and that the agent lured defendant, otherwise innocent, to its commission by repeated and persistent solicitation in which he succeeded by taking advantage of the sentiment aroused by reminiscences of their experiences as companions in arms in the World War. Such a gross abuse of authority given for the purpose of detecting and punishing crime, and not for the making of criminals, deserves the severest condemnation; but the question whether it precludes prosecution or affords a ground of defense, and, if so, upon what theory, has given rise to conflicting opinions.

While reversing the defendant’s conviction, the Court was careful to make clear that not all proactive law enforcement operations constitute entrapment.  The Court stated that:

It is well settled that the fact that officers or employees of the government merely afford opportunities or facilities for the commission of the offense does not defeat the prosecution. Artifice and stratagem may be employed to catch those engaged in criminal enterprises. The appropriate object of this permitted activity, frequently essential to the enforcement of the law, is to reveal the criminal design; to expose the illicit traffic, the prohibited publication, the fraudulent use of the mails, the illegal conspiracy, or other offenses, and thus to disclose the would-be violators of the law. A different question is presented when the criminal design originates with the officials of the government, and they implant in the mind of an innocent person the disposition to commit the alleged offense and induce its commission in order that they may prosecute.

In drawing a line between “reveal[ing] [a] criminal design” and “implant[ing] in the mind of an innocent person the disposition to commit the alleged offense” the Court established the distinction upon which the success or failure of all future entrapment cases would turn.

What exactly is “inducement”?  The Sorrells decision, discussed above, made clear that mere solicitation to commit a crime is not by itself inducement.  In the words of one federal court of appeals, “persuasion or mild coercion” and “pleas based on need, sympathy, or friendship” are sufficient to show inducement.  United States v. Nations, 764 F.2d 1073, 1080 (5th Cir. 1985).

What about predisposition?  If the defendant had a predisposition to commit the charged offense he has not been entrapped by law enforcement even if they induced him to commit it.  In the words of the Supreme Court, “[p]redisposition, the principal element of entrapment, focuses upon whether the defendant was an “unwary innocent” or, instead, an “unwary criminal” who readily availed himself of the opportunity to perpetrate the crime.”  Matthews v. United States, 485 U.S. 58, 63 (1988).

Having defined the two elements of entrapment which the defense and the government must contest at trial, the remaining question is who decides which side is right?  The answer is that the jury decides.  Id.  The judge will instruct the jury on the law of entrapment (including the two elements we discuss above) and the jury will decide if the evidence supports these elements just as they would any other factual question in a legal case.

How strong is the evidence of government inducement?  As discussed above, the law of entrapment very purposely leaves law enforcement with much leeway for proactive crime fighting.  Federal agents can run sting operations, engage in deception, use cooperating witnesses and many other powerful techniques that are not in an of themselves inducement.

If you believe you can prove inducement, are you prepared to face the government’s evidence of predisposition?  In ordinary circumstances, the government cannot introduce evidence to show a general criminal tendency in the accused.  Under the federal rules, such evidence is inadmissible because it is not strictly relevant to the particular crime charged and could prejudice the jury.  However, if the defendant puts entrapment at issue, it could open the door to evidence of the accused’s criminality that would not otherwise be admissible.  What will the jury make of such evidence?

If you decide in the face of these challenges that you still wish to claim entrapment, does that mean you have to admit you committed the charged offense?  The answer is no, you are not required to admit guilt.  In the Matthews decision, discussed above, the Supreme Court was confronted with exactly this question.  It held that a defendant could claim entrapment while simultaneously denying that he committed the offense.  In effect, the Supreme Court gave permission for defendants to argue to the jury that “I did not commit the charged offense but if I did it was because the government entrapped me.”  Not a very compelling argument is it?

The reality is that if you are going to claim entrapment at trial you are probably going to have to at least implicitly admit that you committed the charged offense.  This shows the inherent riskiness of the entrapment defense.  If the jury does not accept this defense, you have already admitted guilt and the jury has little reason at that point not to convict you swiftly.

If you do decide to admit you committed the offense to give your entrapment defense credibility, does that mean you have to testify?  It does not necessarily mean this.  Perhaps the government witnesses can be made to admit their actions, or there could be independent witnesses.  In Sherman v. United States, a defendant who did not testify successfully mounted an entrapment defense based solely on admissions from government agents.  356 U.S. 369 (1958).

But such cases are probably going to be quite rare.  It is very possible you will have to waive your Fifth Amendment rights and testify for your entrapment defense.  The 9th Circuit Court of Appeals has described this reality in stark terms:

Of course, it is very unlikely that the defendant will be able to prove entrapment without testifying and, in the course of testifying, without admitting that he did the acts charged…. When he takes the stand, the defendant forfeits his right to remain silent, subjects himself to all the rigors of cross-examination, including impeachment, and exposes himself to prosecution for perjury.

Finally, an overarching consideration for entrapment defenses is that you are going to have to overcome your jury’s bias in favor of law enforcement.  Jurors naturally tend to believe law enforcement witnesses, even in localities where there is some level of mistrust between citizens and police.  Deep down, most people want law enforcement proactively fighting crime and it is no easy task to convince them they have gone too far.

Perhaps our discussion so far has given the impression that raising an entrapment defense is unwise.  Who would want to take on such a risky burden?  This is not the conclusion we wish to leave you with.  In the right case, entrapment can be an extremely powerful defense.  The same jurors who implicitly believe law enforcement witnesses can quickly feel betrayed when presented with evidence that those same witnesses have violated the public trust.  The entrapment defense is a powerful check on overzealous law enforcement and an important lifeline for defendants who would never have offended were it not for government coercion.

As sketched above, the defense of entrapment has become well settled by the federal courts over the last 90 years.  It is a very risky defense but at the same time one that can be very powerful in the right case.  You should discuss all aspects of your case with defense counsel and be aware of the risks before raising this defense.